Become a Social Media Insider with this #QuickTip | CMA

Become a Social Media Insider with this #QuickTip 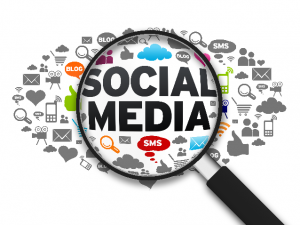 We’ve all been there. You’re attending this month’s hottest networking event and then it happens – you get caught smack dab in the middle of a high level conversation about marketing and today’s ever changing social media dynamics and tools. All of a sudden you went from being the key player in the conversation to not having much of anything to offer. Well, we’re here to help you avoid this very same situation the next time you’re at an event and to quickly become that person with insider information in the marketing and social world.

By now you’ve certainly become familiar with the popularized social icon, the hashtag (#), whether you’ve become acquainted with it via Facebook, Twitter, Instagram, etc. You’ve even seen the morning news utilizing hashtags all for the purpose of quickly identifying messages on a specific topic and to gather regional, national, and/or international conversations into one searchable location.

In the beginning, however, the hashtag had a different name – octothorpe. And this octothorpe possessed a completely different purpose. We dove deep into some etymology so we could elevate you as the latest and greatest social media insider.

Would you believe us if we told you that the hashtag, or the octothorpe, originated from New Jersey? Yes, you read that correctly – the Garden State is home to far more than just Bruce Springsteen and Jon Bon Jovi.

In the mid-1960’s Bell Laboratories, creators of the Touch Tone phone, sent researchers across the country to scout out which symbols the public would like to see used in new technology. What they found was that the asterisk (*) and pound sign (#) were the two most popular answers.

When it came time to train Mayo Clinic employees on how to use the new Touch Tone technology, Bell Lab’s Don McPherson created the phrase “octothorpe” in reference to the pound sign found on the new phones. McPherson’s inspiration for the newly coined term came from combining “octo” (meaning eight) with his favorite athlete’s name, Jim Thorpe.

While we all tend to believe the current use of the hashtag is a relatively new determination of the symbol, its current purpose actually roots back to 1988. Ah, 1988 – do you remember that year? The year when Guns N’ Roses “Sweet Child O’ Mine” ruled the radio and one gallon of gas cost 91 cents. It was also the year Internet Relay Chat (IRC) first used the hashtag in joining communities of people together over similar interests using the pound sign. Sound familiar? It should because that is exactly how and why we use the hashtag today.

And the greatest, most ironic bit in the history of the hashtag? Evan Williams, founder of Twitter, didn’t even believe that the way we use the pound sign today was going to work, nevertheless take off and completely alter the way we communicate digitally.

Do you feel like you’re ready to power a conversation about social media and marketing? Join the conversation by becoming a key player in our online discussion. Visit Creative Marketing Alliance on Facebook at facebook.com/CMAresults. 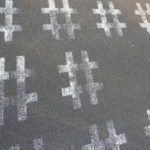 #ExpectResults: How to Turn Hashtags into EngagementSocial Media 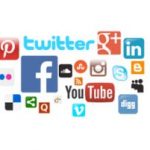