Businesses and associations need a sound public relations (PR) strategy, when it comes to getting media coverage. PR is earned media, while advertising is paid. When I talk about earned or free media coverage, I’m referring to the art of getting the attention of a journalist, so they will report on your story. The news that you submit can either be featured alone, in an article or mentioned with other organizations. This may seem like an impossible feat and you do need to earn it. Simply asking for media coverage isn’t going to cut it. Journalists generally are not inclined to report on a business or association, simply because you provided them with information.

At CMA, we don’t hire PR people to do PR jobs. We tend to hire journalists. Who knows how to find and “sell” the news better than those who have done it for a living? In 2018, CMA set a new corporate goal—putting one of our clients in the news, on average, every four hours and in front of 573,000 targeted individuals every day.

Here are some tips to help you think like a journalist, to increase the chances of securing top media coverage:

How you write the press release is as important as the content, when it comes to getting media attention and securing top media coverage. The ‘who, what, when, where and why’ should all be explained in the first two sentences or lead. Don’t forget the critically important question, What’s In it for Me? The “me” is the journalist. You need to write a pertinent press release that will be important to the media outlet’s target audiences and coverage area, along with the journalist’s beat. Failure to answer these questions will significantly increase the chance of your press release ending up in the trash.

You’ll want to create memorable key messages, as well as a quote from someone from your business or association who is an authority and knowledgeable. That individual also will act as your spokesperson, if needed. In addition, the press release should include a call to action, contact information (although some media outlets won’t run it) and a boilerplate at the end of the release, which is a brief paragraph with significant background about your business or association, products and services.

According to Cision’s 2018 Global State of the Media Report:

2. Build a media list with an eye on detail.

Compiling a media list is two-fold. First, research the type of media outlets you want to reach by considering the type of news you want to share. If you want to announce a new hire or a promotion, local and hyperlocal media outlets will probably be your best bet. If you’re an organization with a staff expert on a subject that’s become a topic of national debate, that news has the potential to lure a much wider audience. Are you looking to attract Fortune 500 companies throughout the United States? Is your target east coast businesses with annual revenues of $50-$100 million? Or, is it nurses in New Jersey or other groups of potential members? Every business and association will have a different target audience, so you’ll need to build a media list with an eye on detail. Now consider which media outlets will reach your target market—think about newspapers, magazines, online, TV and radio. Remember also to consider trade publications that focus on the markets you’re trying to reach.

Once you have that part of the list completed, look for journalists that will be most appropriate to target at those media outlets. We’ve all heard about the cutbacks in the news business, but this can work to your advantage. Between 1994 and 2014, newsrooms have shed more than 20,000 jobs, representing a 39 percent decline. Fewer journalists mean those who remain are stretched thin and usually grateful for news that’s germane to their beat. You may want to create a few different lists and write different versions of each press release, to appeal to different journalists. Tailoring your key messages will only increase your chances of media pickup.

3. Pitch and sell your story.

After you distribute the press release, it’s important to follow up with journalists, to pitch and sell your story in a non-pushy way. Cision’s report also highlighted that the number one thing to do when working with the media is to research and understand the media outlet you are pitching. Also, to tailor the pitch to suit the journalist’s beat and coverage. Finally, never spam a journalist. Some journalists get hundreds of emails a day. Thus, to keep your news top-of-mind, send a follow-up pitch approximately two or three days after you distribute the press release.

The pitch should include the following:

In terms of the best vehicle to communicate with journalists, they continue to prefer email as the primary means of contact, with more than 90 percent indicating it as the best way to directly pitch a story idea. When a journalist responds and is not interested, don’t be discouraged. Instead, use it as an opportunity to learn about what you can do differently next time. Also, follow them on social media, comment on their articles and share leads that you think they’ll find interesting.

There are thousands of organizations vying for free coverage. The key is to figure out how to get free media coverage. First, consider your strategy. Think about what makes your news different or special. Take an objective look at the message you’re trying to put out there. Try to highlight what’s new or unusual. Differentiate yourself. Finally, build relationships over time with key journalists who can share your stories with their (and in turn your) target audiences. This is a time-consuming process that doesn’t happen overnight and requires expertise.

At CMA, we strive to share news that will catch media attention. One of CMA’s biggest news announcements this past year was about being awarded the Trenton-Mercer Airport advertising contract. CMA is assisting Trenton-Mercer Airport with direct sales and indoor/outdoor advertising at the airport. In addition to obtaining local and regional media coverage, CMA also posted the announcement on its website and across its social media channels, which resulted in additional exposure and sparked interactivity.

Are you interested learning more about how you can get media coverage for your business or association? Contact us today, to begin the conversation.

Kenneth Hitchner
Kenneth Hitchner is the Director of Content Strategy at CMA. Ken’s uncanny ability to generate innovative communications initiatives that catapult client awareness and revenue has positioned the team on a platform of continued success. He has led the team to record media placements and developed a ground-breaking e-mail publication program that will provide clients with advanced return on investments.

WANT THE WORLD TO KNOW YOUR STORY?

There’s a secret ingredient that sets you apart. 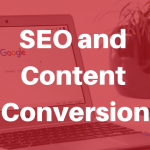 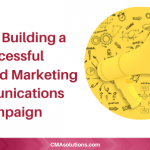