As the economy shifts from a global pandemic, non-dues revenue has never been more important to associations.

Unfortunately, the recent pandemic has put more pressure on associations’ ability to raise more non-dues revenue. The number of associations that reported membership declines nearly doubled in 2020, according to a report from McKinley Advisors. Trade associations fared better than professional associations.

Based on data from a 2021 membership report, less than half of associations (45%) said the five-year trend was positive.

According to recent surveys, the highest priorities for associations are generating non-dues revenue, diversity and inclusion, and membership retention . The three biggest concerns for associations center on revenue: 1) membership declines , 2) contraction of revenue services and 3) lack of diversification in revenue streams.

Associations can embark on many different marketing techniques to bolster non-dues revenue. In the new normal, it has become much easier to generate revenue for associations through digital advertising. First, we need to look at the tactics currently used by the association and the analytics associated such as open rates, CTR, web traffic and rankings for SEO. Once this data is organized we can look to retargeting ads for the website, and digital ads on eblasts, and e-newsletters.

But does association marketing work with various marketing channels?

Here’s a look at how our association management company has leveraged several marketing tactics to increase sponsorship and non-dues revenue for associations:

How Can You Attract More Leads for Association Members?

When RSN, a North American network of premier event production companies, needed a social media strategy to increase website traffic and leads, we used digital marketing and website design to lead the way.  Our association marketing teams leveraged RSN’s robust content program, positioning the association as a knowledge center for the industry. Through a yearlong campaign, RSN’s blogs were promoted on social media and resulted in an average of 74 new leads per month. Key elements of RSN’s strategy included posting when the target audience was active, sharing visual content and consistently posting and engaging with the target audience. This strategy also pushed RSN’s website to the top of search engine results.

During a 12-month period, CMA moved RSN’s prospects down the sales funnel:

When the International Card Manufacturers Association (ICMA), a global association for card manufacturers, personalizers, issuers and suppliers, asked us about a new way to improve a member company’s visibility and generate business opportunities, we provided an innovative program that included website design and digital marketing.

To help spur business opportunities for ICMA members, our association marketing team built and launched ICMA’s robust, searchable online membership directory, which was an upgrade from its static listing of companies. The new interactive feature allows companies—anywhere in the world—to quickly search 10 categories to find the right partner for any card-related project, helping members to garner more company brand recognition, sell more and gain business connections. Users can use the directory to search for a card equipment supplier, card manufacturer, card issuer and so much more. The directory not only raises visibility for members by improving their company’s ranking on Google, but it also boosts ICMA’s SEO.

As a result of ICMA’s 12-month promotion and implementation of the online membership directory, the association’s members directly benefited:

How Do You Ensure Attendance At An Association Event?

When the Women’s Health Leadership Trust decided to hold its 2021 annual conference virtually, our social media marketing team told the story through individual members who were recognized as award winners at the conference.

Now that we all live in a digital world, Google studied the new buy cycle. And here’s what it found: Consumers, much like prospective association members, make up their mind—about 90 percent—BEFORE they reach out to an organization. This is a big change from the days when your telephone would ring.

Believe it or not, conversations about associations are happening online right now. Is your brand part of those conversations? A comScore survey found that 30 percent or prospects review your social media channels to discount you from a purchase.

At our association management company, that’s why we practice social media marketing, not social media. (Social media is for hobbyists.) So what’s the difference between the two mindsets? Due diligence. Do you know why? Because all associations expect results.

When we help associations create an online brand strategy, for example, it involves campaign goals, objectives and key messaging, which captures the essence of the brand in a way that can be replicated throughout all marketing channels, ranging from website, social media, PR and Facebook ads.

Next, we create an influencer strategy. Who are the third parties that will help you amplify your messages and build your brand?

Then, we pour into the data and make the numbers talk. Hashtag research. Keyword research. Content research. Trending news research.

Once we launch the social media marketing campaign, we continually review the results in terms of themes, content styles (i.e. photos, videos, quotes, questions) and engagement.

Social media marketing is much more than posting. In fact, it has a lot to with all the due diligence that needs to take place before you post.

Building brands with social media marketing is the building block for sponsorship programs and non-dues revenue. Social media can distribute and promote vital content on a daily basis to targeted audiences in a very cost-effective manner. It makes external sponsors feel more confident and more comfortable about investing in associations.

How Do You Recruit Members to an Association?

Associations will need to leverage several marketing channels to recruit new members in today’s digital world. PR and social media will help put your brand in front of your prospects, while PPC ads, retargeting ad campaigns and social media ads will keep your organization front and center for an extended period of time. Building familiarity is very important. And last, but certainly not least, email “drip” campaigns will help bring the campaign together with converted new members.

Here’s an example of how we helped address association needs with multiple marketing channels.

As a result, our association management company developed a crisis communications campaign that compelled active nurses, retired nurses and nursing students to join the frontlines of the war against the viral outbreak.

This micro-campaign was part of a multi-year effort by CMA to build awareness of the association and reverse a membership decline. Membership started to wane in the mid-1980s. During that time, unionized nurses left the association. That continued when employee benefit cuts placed the burden of NJSNA membership and association dues on individual nurses, rather than their employing health care systems.

On behalf of NJSNA, we positioned them as the defender of the nursing professions by taking a stand on issues that impact its community of registered nurses.

The primary way for associations to “sell” advocacy is by taking a stand, which means more “showing” and less “telling.” Over time, the positive action will resonate with members and draw them closer to the association’s mission.

Now that the purchase decision had changed from a B2B environment to a B2C situation, NJSNA made its Facebook Page its core communications asset to promote its messages because that’s where their constituents could be found.

To portray NJSNA as the defender of the nursing profession and more importantly—to take a stand on behalf of nurses—a multi-year content strategy was devised to capitalize on news events that directly impacted their constituents. Micro-campaigns on its social media channels were developed, that went beyond standard fare, such as conference promotion and award recognition.

The crisis communications campaign, which was one news event in an ongoing series, brought out the best in the worst times of COVID-19 from March 2020 to April 2020 to address their association needs:

How Do You Create a Member Engagement Strategy?

When IMARK Electrical, a member-owned group of distributors, wanted to build goodwill among its members, our social media marketing team ran a weeklong social media campaign showcasing the distributors who were recognized for distinguished performance. The campaign generated 46 new followers, 237 engagements and 166 post clicks to address their association needs.

Members were recognized for their effective implementation of IMARK marketing and training programs and their exemplary support of IMARK preferred suppliers. Winning member companies were designated in three categories based on member payments made thru the group (up to $20 Million, $20 to $50 Million, $50 Million+).

When the Event Service Professionals Association (ESPA) wanted to energize its membership, our social media marketing launched a campaign in honor of National Celebrate Services Week.

In the absence of being able to meet in-person due to the COVID-19 pandemic, CMA created a “virtual” celebration that used social media to extend the weeklong celebration. The campaign gave ESPA’s members and professionals within the services industry an opportunity to engage and network while celebrating their profession. CMA identified LinkedIn and Facebook as the ideal way to reach the largest audience on a national scope. Social media promotion for the event included member spotlight stories, TikTok-inspired themed dances for each member’s city and live posts during educational webinars and happy hours.

The weeklong event was promoted on ESPA’s social media channels, including Facebook, LinkedIn and Twitter. The hashtag #ServicesStrong was used to further drive awareness and conversations.

Non-dues revenue is critical for a successful association because it pays the bills while providing a more engaging experience for members. An association marketing program supports both outcomes.

Christian Amato
Christian Amato is the President of CMA. Christian’s executive experience has touched a broad range of industries from financial services, disaster recovery and resiliency planning, residential building, in vitro fertilization and lighting manufacturing. As an innovative business professional with more than 20 years of experience, Christian leads the execution of CMA’s strategic business plan with a focus on profitability and growth.

WANT MORE FOR YOUR ASSOCIATION?

Amplify your member value and focus on opportunities for growth. 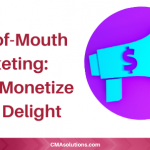 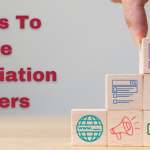