Rogers High Fidelity, a manufacturer of high-end audio amplifiers, needed a suite of iPhone/iPad compatible apps for its Bluetooth-enabled line of amps.

CMA built a suite of four apps to deliver a unique set of controllable values to Rogers’ product line of amplifiers, which was a value-added benefit for customers—one that the competition was lacking. CMA used a Bluetooth hardware developer kit to mimic the software running on the amplifiers.

Since users of Rogers’ apps would likely be accessing multiple apps while running one of Rogers’ apps, they were carefully tested for several months to ensure a seamless user experience—one that could fully support multitasking on iOS/iPadOS. The intricate UI design process ensured that the apps could scale to various screen sizes, as well as be rotated in any direction.

The apps created a unique selling point for Rogers, tapping into what customers wanted while giving the company a unique lead in the industry. CMA received the 2019 Silver ASTRA Award from The New Jersey Communications Advertising and Marketing Association for the design of the iPhone/iPad controller app for the High Fidelity KWM-88 CORONA integrated amp.

“None of our competitors had Bluetooth, app-enabled devices when we launched our first app, and to this day none of them offer a similar solution,” Roger Gibboni, founder of Rogers High Fidelity, said. “We are way ahead of the competition thanks to CMA.” 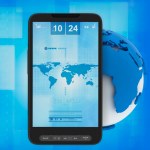