Social media usage is one of the most popular online activities. There are now 3.484 billion worldwide social media users, which is a 9 percent increase compared to last year. This equates to 45 percent of the world’s population being on social media. It also means that social media adoption has actually beaten previous estimates, which suggested that an estimated 2.82 billion would be using social media in 2019. These overwhelming statistics illustrate the importance of using etiquette, when engaging with users on social media.

Loosely defined as the conventional, unwritten practices followed by members of a certain behavior or activity, etiquette now applies to the virtual world and is strongly practiced by avid and professional social media users. Rather than freely posting anything and everything onto sites like Facebook, Twitter, LinkedIn, Instagram and YouTube—there’s an unspoken “code of conduct” driving the way professionals act and react to matters on social sites.

What are the benefits of using social media etiquette?

When a business doesn’t respond to conversations on social media, especially if it’s a negative comment, it reflects badly and shows poor etiquette. A Sprout Social report showed that approximately 50 percent of consumers would boycott a brand due to poor response on social.

This is one of the most challenging aspects of a social media campaign, as many businesses don’t have the bandwidth to handle this time-consuming process. It’s critical to be well informed, on an ongoing basis, about what’s being said about your brand on social media. By doing this, you’ll get ahead of the online chatter, especially if it’s negative.

When you address an issue immediately, with a neutral comment or one that drives to resolve an issue offline, you’ll show that you’re paying attention and care about what’s being said about your brand. You’ll also have an opportunity to stop that person from spreading more negative information. This also is a good way to build customer loyalty and stay engaged with your target audiences.

Let’s take a closer look at some of the most commonly used social media platforms and how you can employ etiquette, while using them:

Facebook – Created to connect friends through wall posts and photo sharing, Facebook’s vast user base has become a primary target for individuals of businesses to solicit and advertise their ideas and products. Flooding Facebook’s newsfeed, however, with constant posts and status updates is unfavorable and out-of-place to many Facebook users, who are simply on the site to stay in touch with friends. Before you create a Facebook post, stop and consider the content, relevance and target audience.

Twitter – This brief message communication tool enables users to send out messages (tweets) up to 280 characters long to people who follow you. Your tweets can include a link to any web content, photograph or video.

Now what’s the deal with retweeting or “RT”, as it’s recognized by many? The idea of retweeting comes with a two-pronged etiquette custom.

Two: If someone does RT you—it is polite to thank them for sharing your ideas.

In addition, think about when to use hashtags and how many. Although hashtags are a great way to give your social media messaging higher visibility and greater reach, use them sparingly so you don’t detract from your key messaging.

LinkedIn – This social media platform differs from Facebook and Twitter, in that it’s a professional based site first and used for social reasons, second. As a professional site, LinkedIn provides scripted templates for testimonial, endorsement and connection requests. However, users should still add in a personal touch for the exchange to make an impact. For people who have over 500+ connections, it’s easy for a scripted message to get lost in the bunch!

Instagram – A photo and video-sharing social networking site, this platform, which is known for sharing photos with friends and family is becoming increasingly popular for businesses. Some of its newest features include the ability to create story filters, donation stickers and creator profiles (similar to business profiles). Like Facebook, using this medium for your business page has different rules and objectives than for your personal page. Be sure to post photos that are high quality and selected with your target audience in mind. This also is a good platform to use video. Like photos, videos need to be high quality, have crystal clear audio and visuals to make it stand out.

YouTube –  Video marketing not only has been proven to generate traffic from search engines and video sites, but also social media sites. Enter YouTube! Users view more than one billion hours of video each day on YouTube. This platform is perfect for sharing interesting videos. When using it for your business, like the others, only post content that will be of interest to your target audiences. Video blogs (vlogs) and other types of video that provide pertinent industry information and position your executives as thought leaders are good places to start.

Social media is an essential marketing tool to promote your business. It’s poised for continued growth, as people are increasingly spending time on these platforms. Today around seven-in-ten Americans use social media to connect to one another, engage with news content, share information and entertain themselves, according to Pew Research Center.

At some point, either through a campaign you implement or a reactive comment, your brand will appear on social media. Therefore, be sure you’re proactive and on your best behavior when engaging on social media, so you avoid faux pas. This also will ensure that your visitors feel important and heard—which in turn will continue to build loyalty to your brand.

Are you using social media etiquette? Contact us today, to start the conversation.

Kelsey Tweedly
Kelsey Tweedly is the Brand Experience Manager at CMA and manages all internal and external communications for the company. She ensures brand consistency across all departments along with creating partnership opportunities and crew initiatives that align with CMA's culture. 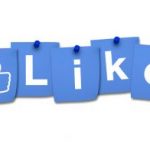