How to Leverage Emotion to Convert Leads | CMA

How to Leverage Emotion to Convert Leads

Are you smiling yet? Bet you are. Did you know the song, “I’d Like to Teach the World to Sing (In Perfect Harmony)” was a jingle for the Coca-Cola Company before it was a hit on the charts? The upbeat ad campaign featured multicultural teens standing on an Italian hilltop and singing together. It evoked images of happiness and universal love. More importantly, it has become an iconic ad campaign for Coca-Cola and has been reinvented in various forms during the past 40 years.

In their book, Brand Immortality, Hamish Pringle and Peter Field conducted an analysis on 30 years of the UK’s Institute of Practitioners in Advertising Effectiveness Awards. In an article he wrote in Ad Age, Pringle describes it as follows:

“What the data show us is that emotional campaigns are almost twice as likely to generate large profit gains than rational ones, with campaigns that use facts as well as emotions in equal measure fall somewhere between the two.

It turns out that emotional campaigns in general generate a wider range of desirable business effects, each of which plays its part in improving profitability. But they excel in one noteworthy area: reducing price sensitivity, and hence strengthening the ability of brands to secure a premium in the marketplace (or, in the current economic climate, to hold firm on pricing).”

That probably dovetails with what you already know. Have you ever reached for a box of Rice Krispies in the cereal aisle because you felt like you were already friends with the animated Snap, Crackle and Pop characters on the front of the box? Have you ever booked a vacation to Disney World because it reminds you of your childhood and is, after all, “The Happiest Place on Earth”?

When it comes to promoting your product, be it through advertising, a website or any other medium, consider how to emotionally connect with your audience. Make them feel, make them act, make them brand ambassadors of your product.

Emotions are contagious. Facebook proved this in 2014, when the company revealed that for a week in January 2012 it had manipulated the news feeds of nearly 700,000 users. It removed all of the positive or negative posts from the experimental groups to see if it affected user’s moods.

So how can we get people to feel strongly about our products? How can we hit that sweet spot that will make them seek out what we’re selling?

Marketing is about emotion, about feeling, about connecting with your audience. When you connect on an emotional level, you tie your product to that very emotion. And that’s the goal, to establish an emotional connection, one that lasts for years.

WHAT’S YOUR BRAND SAY ABOUT YOU?

Tell your story. Resonate with your audience. Motivate a purchase. 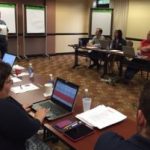 Branding Begins With a PromiseBranding

3 Branding Lessons We Learned from PrinceBranding